If this message does not disappear for a long time, make sure you have a browser with WebAssembly support and JavaScript enabled.

Well, I hope your head didn't explode due to the amount of information in the previous example. You should be ready for a real step-by-step tutorial now - how to write a classic TodoMVC example from scratch.

There are two ways to write Seed apps from scratch:

There are specs in the official TodoMVC repo. They'll help us to design Model in the next chapter. 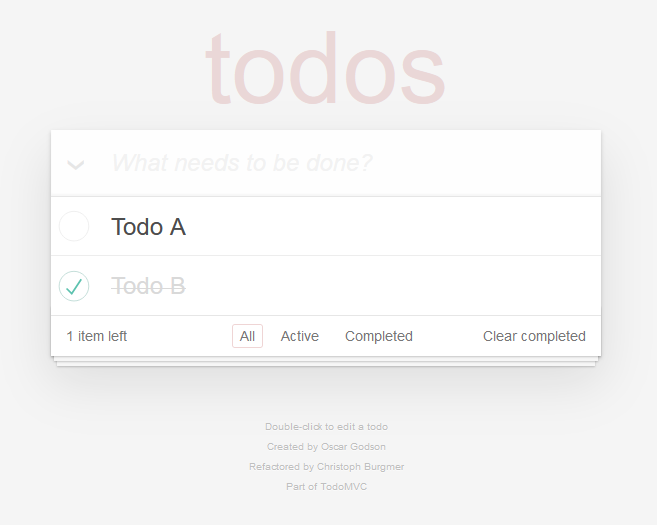